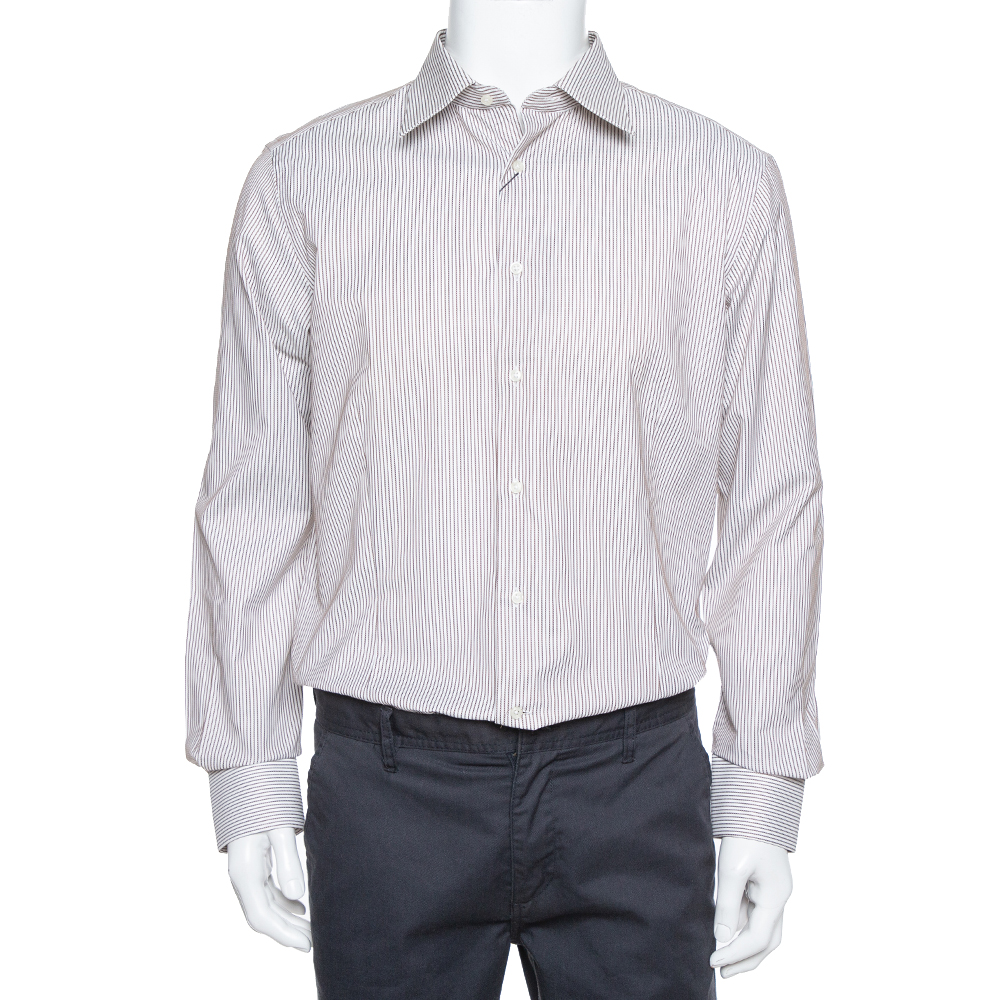 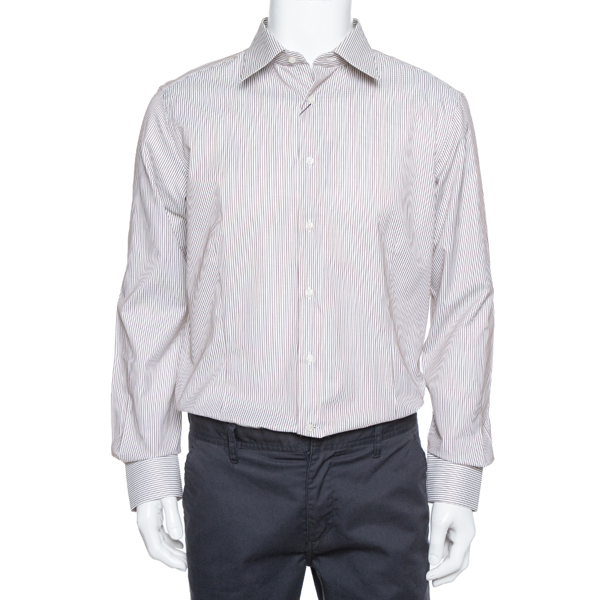 Make a perfect formal statement in this shirt from Balmain. Crafted entirely from cotton, this cream colored piece flaunts a brown striped pattern all over and features a simple collar, long sleeves, and buttoned cuffs. Sophisticated and stylish, the shirt stands out as a formal piece.

Balmain (French: [balmɛ̃]) is a haute couture fashion house that was founded by Pierre Balmain. Balmain was born in 1914 in France. His father owned a drapery business and his mother and sister owned a fashion boutique where he often worked after his father’s death in 1921. He always had a love of fashion and an eye for design. He attended the École des Beaux-Arts in 1933-1934 with intent to study architecture but instead ended up spending the majority of his time designing dresses. After working for atelier Robert Piquet as a freelance artist and spending time with Edward Molyneux, he left school to work for Molyneux. In the late 1930s, he served in the French air force and the army pioneer corps. After peace was declared, he worked at Lucien Lelong and opened his own fashion house under his name. He released his first collection in 1945 and his first fragrance in 1949. While at Lelong, he met Christian Dior, a designer who would play a huge role in Balmain’s career and the postwar fashion industry in general.

A world of fashion, powered by technology. ModeSens pulls from the racks of 41,274 luxury brands, aggregating every product at the item level for a seamless, transparent and secure shopping experience