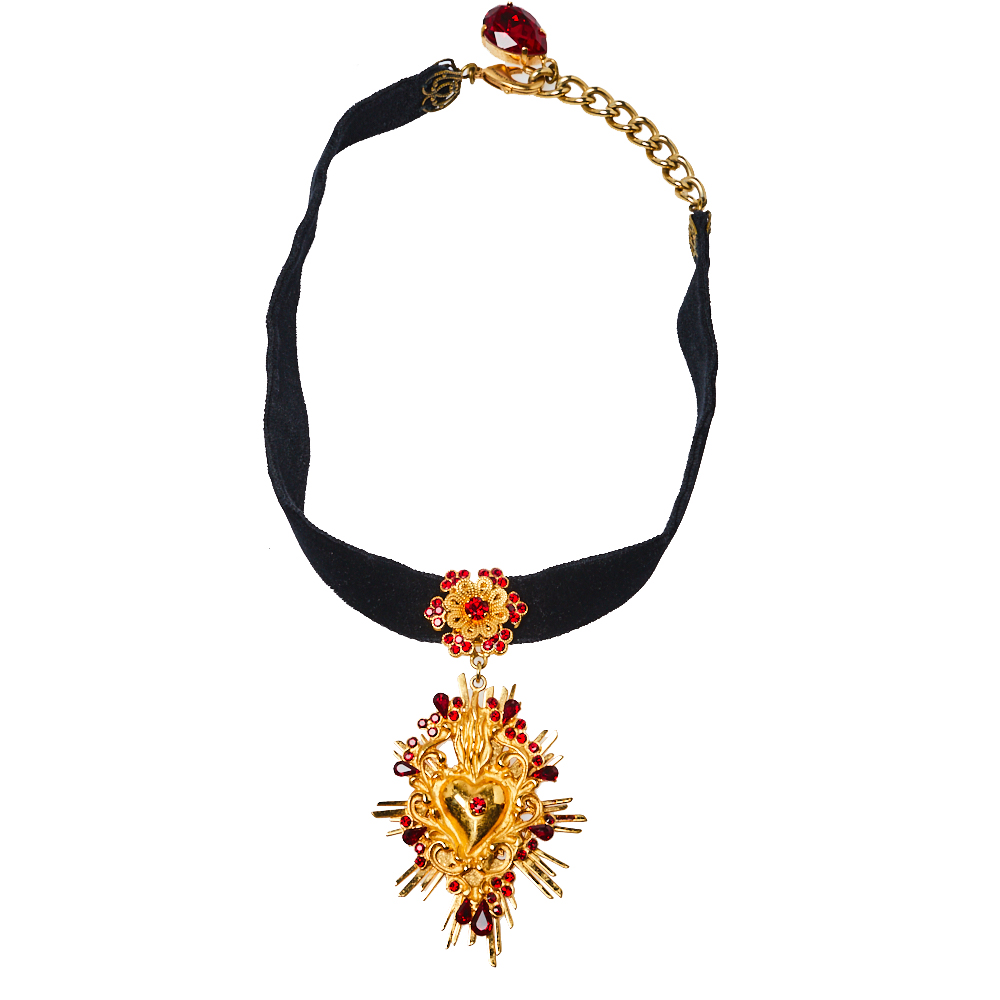 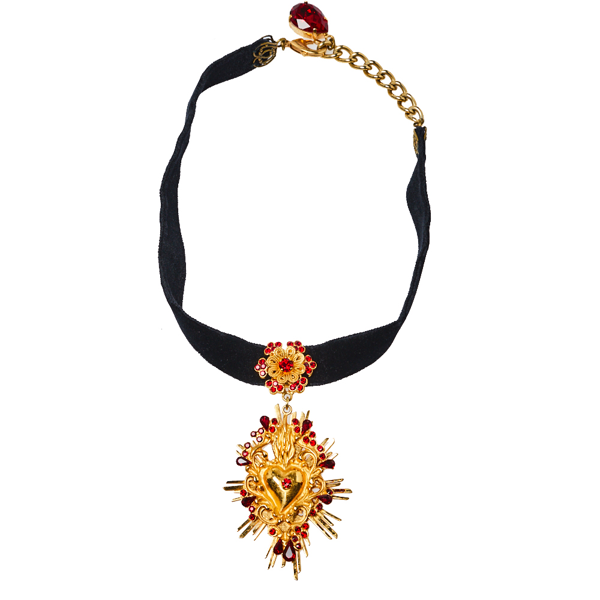 This Dolce and Gabbana choker necklace will style up your off shoulder tops and dresses. The stunning necklace has a romantic vibe with a D and G spin. A black velvet ribbon holds an ornate gold tone heart pendant set with crystals. The unique shape and spike details accent the pendant. It features a lobster claw fastening at the end.

A world of fashion, powered by technology. ModeSens pulls from the racks of 40,967 luxury brands, aggregating every product at the item level for a seamless, transparent and secure shopping experience