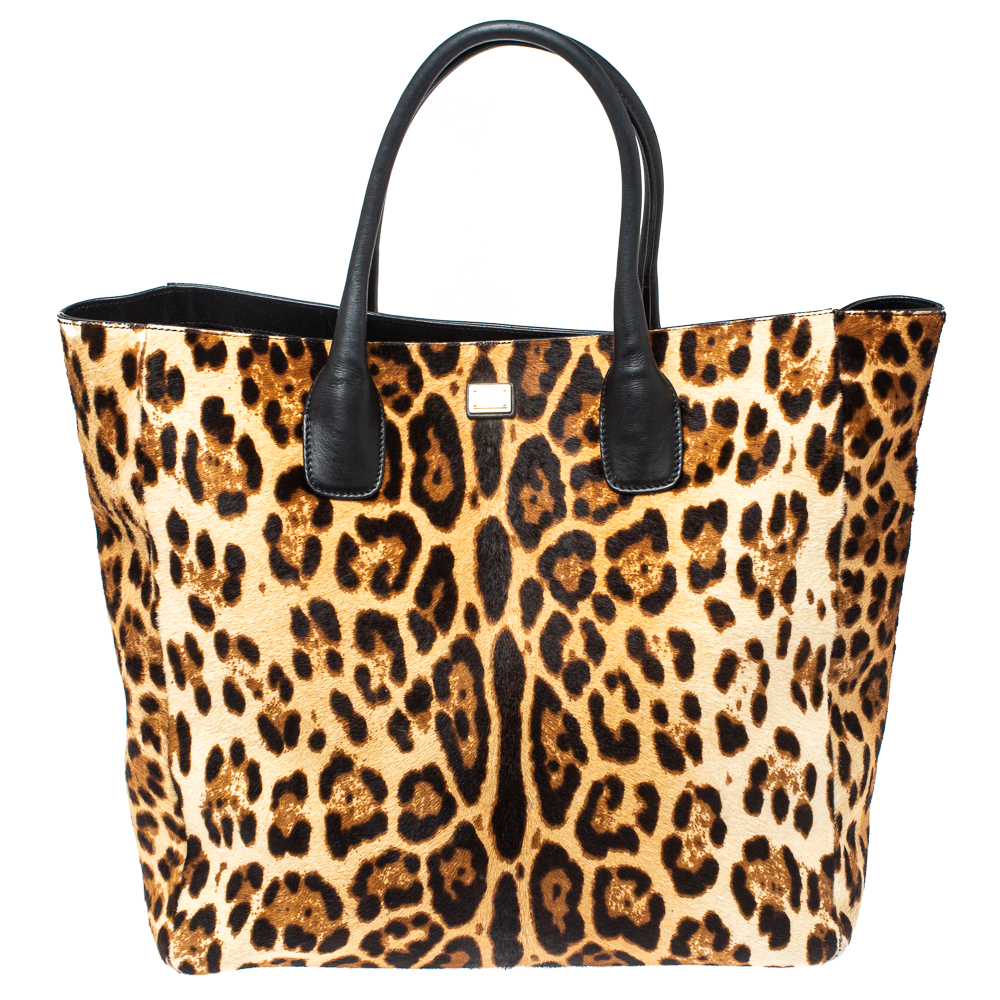 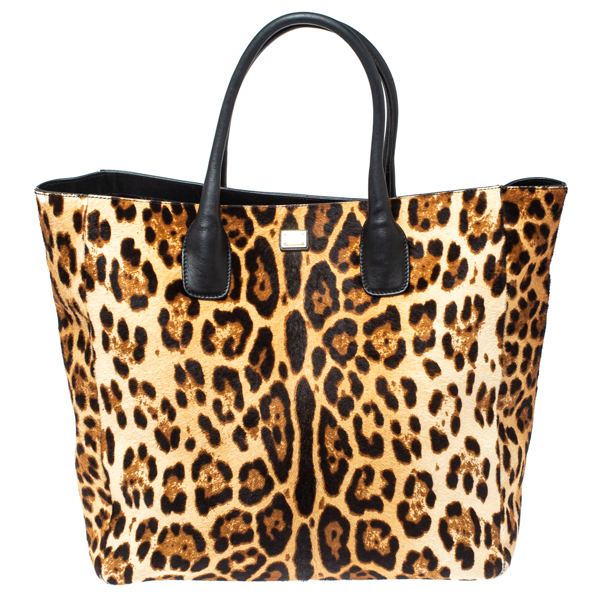 A perfect tote bag is an essential piece to have in every woman's collection. If youre looking to add one, choose this practical Dolce and Gabbana piece. Crafted in brown leopard print calf hair, this tote features two black leather handles and a leather base to complete the look.