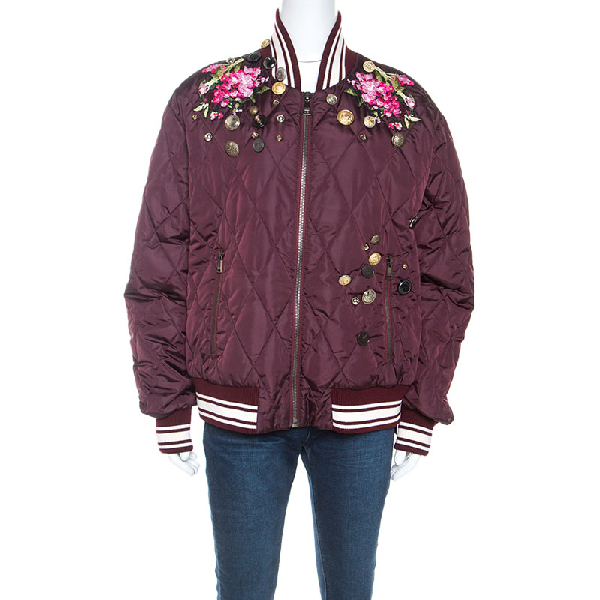 If you have an eye for fun clothing then this jacket by Dolce and Gabbana will surely impress. Adopt a contemporary style with satisfaction through this burgundy creation made from nylon. It features a front zipper, pockets and feminine embellishments.

A world of fashion, powered by technology. ModeSens pulls from the racks of 17,371 luxury brands, aggregating every product at the item level for a seamless, transparent and secure shopping experience