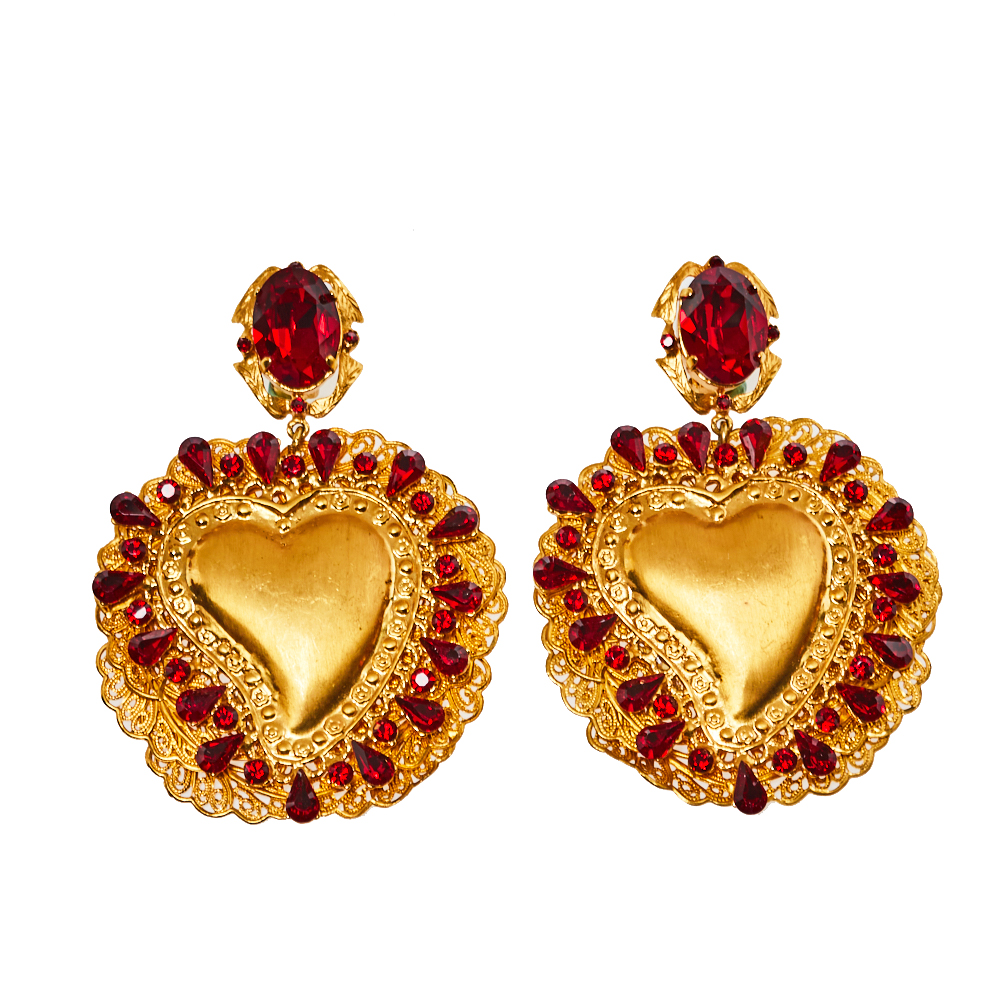 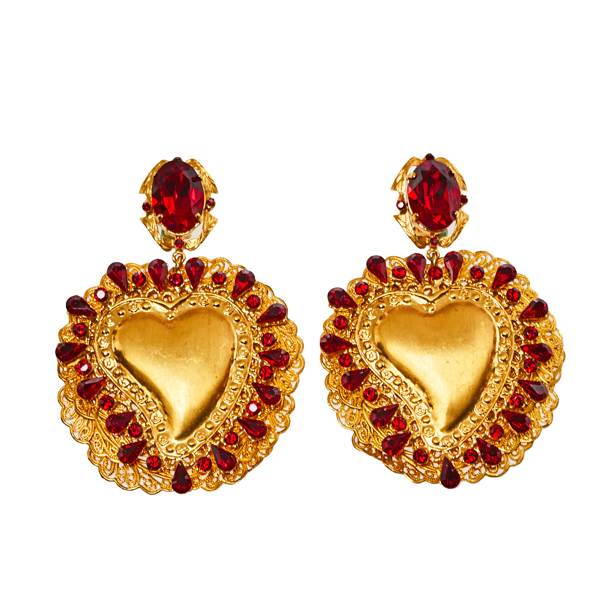 This Dolce and Gabbana pair is so pretty, youd never want to part with it. Made of gold tone metal, theyve been styled as studs with drops that carry a heart center and red crystals. Feminine and fresh, these earrings will complement all your dresses and gowns.

A world of fashion, powered by technology. ModeSens pulls from the racks of 40,999 luxury brands, aggregating every product at the item level for a seamless, transparent and secure shopping experience