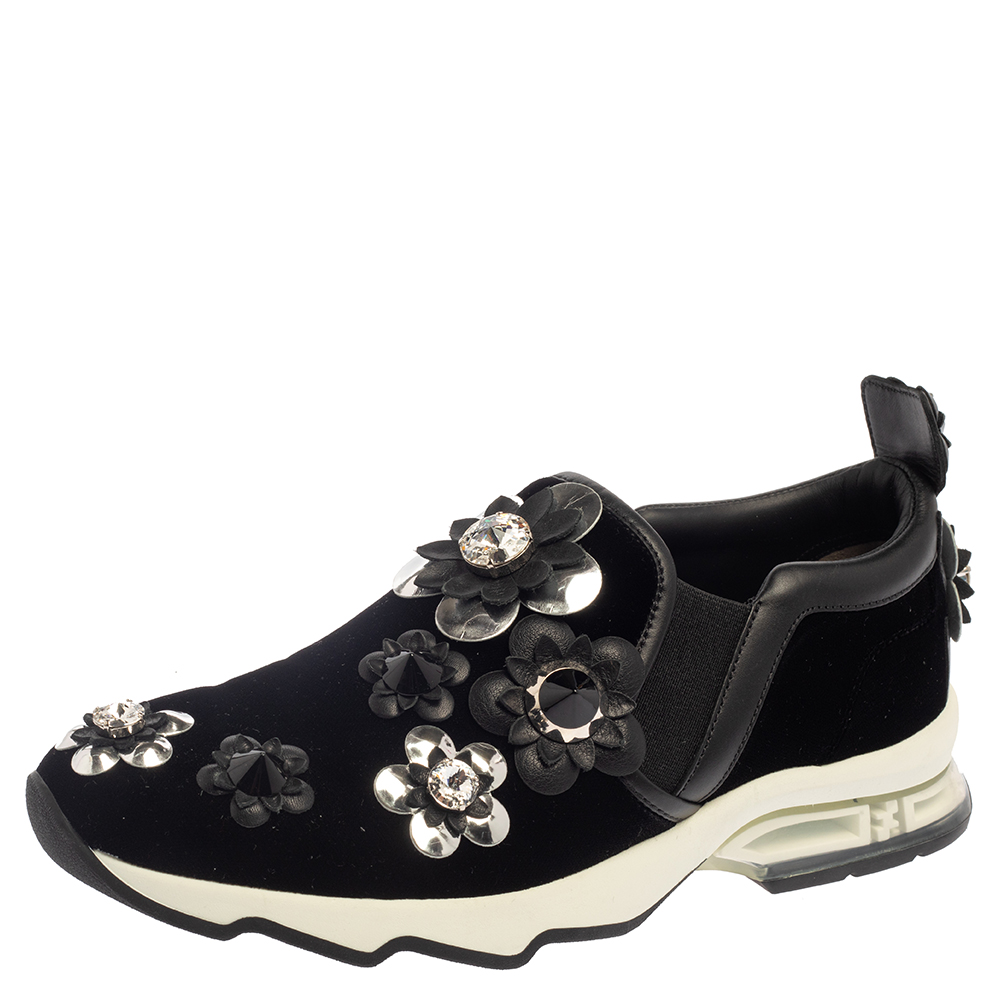 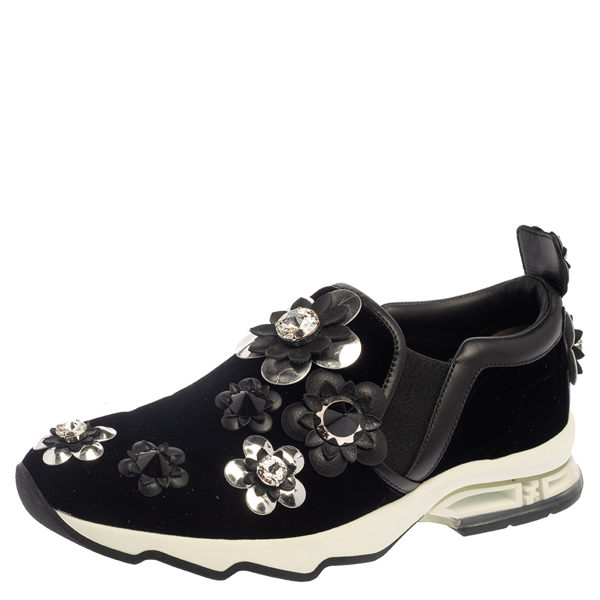 These Fendi sneakers have been crafted from velvet and trimmed with leather into a sporty silhouette and adorned with floral motifs on the uppers and heel counters. The slip on design is enhanced by the round toes and tough rubber soles. For a casual look, style them with cropped pants and oversized t shirts.

A world of fashion, powered by technology. ModeSens pulls from the racks of 40,999 luxury brands, aggregating every product at the item level for a seamless, transparent and secure shopping experience