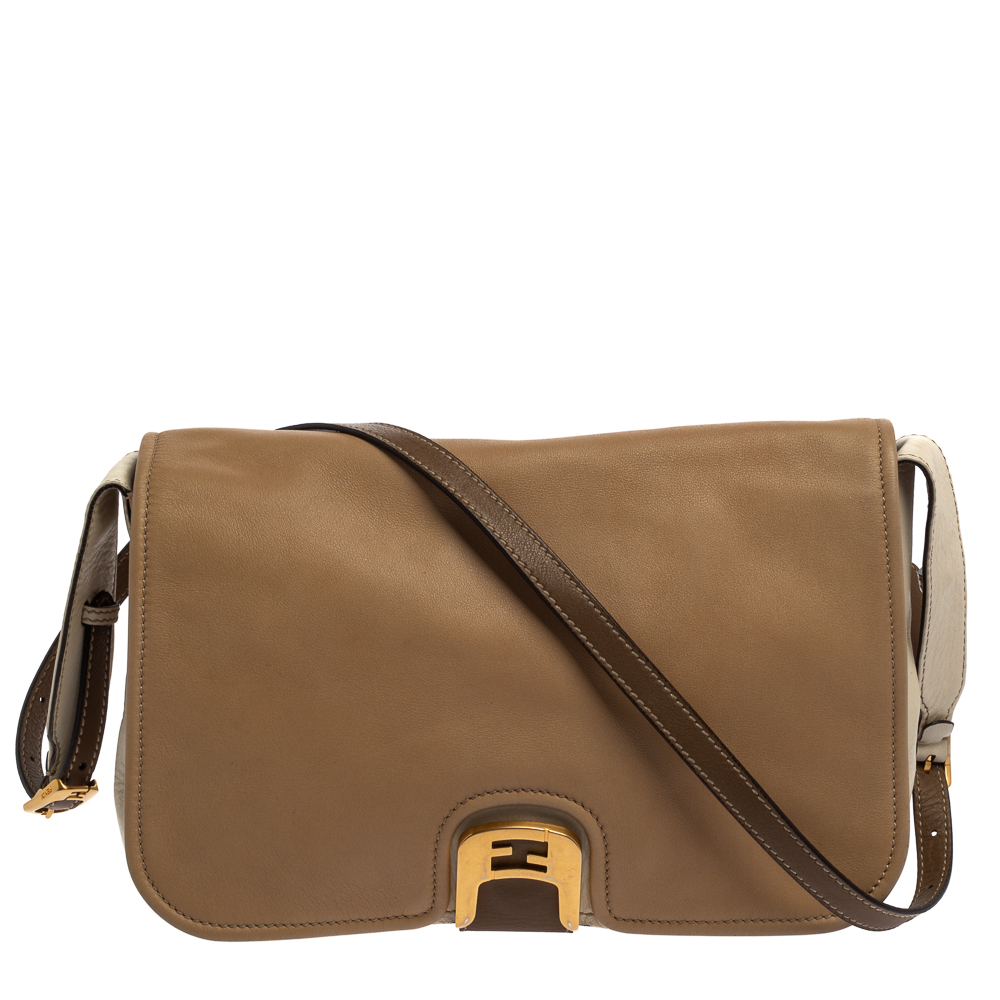 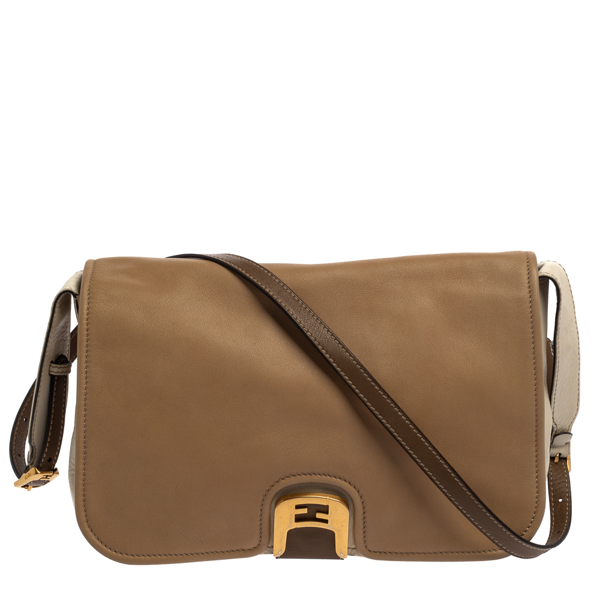 Fashionable and elegant, this Fendi bag will keep your look classy while you travel. Crafted from tricolor leather, it features a gold tone FF clasp on the front flap. Lined with fabric and suede, its spacious interior can accommodate your daily essentials with ease. It is complete with a shoulder strap.

A world of fashion, powered by technology. ModeSens pulls from the racks of 40,944 luxury brands, aggregating every product at the item level for a seamless, transparent and secure shopping experience