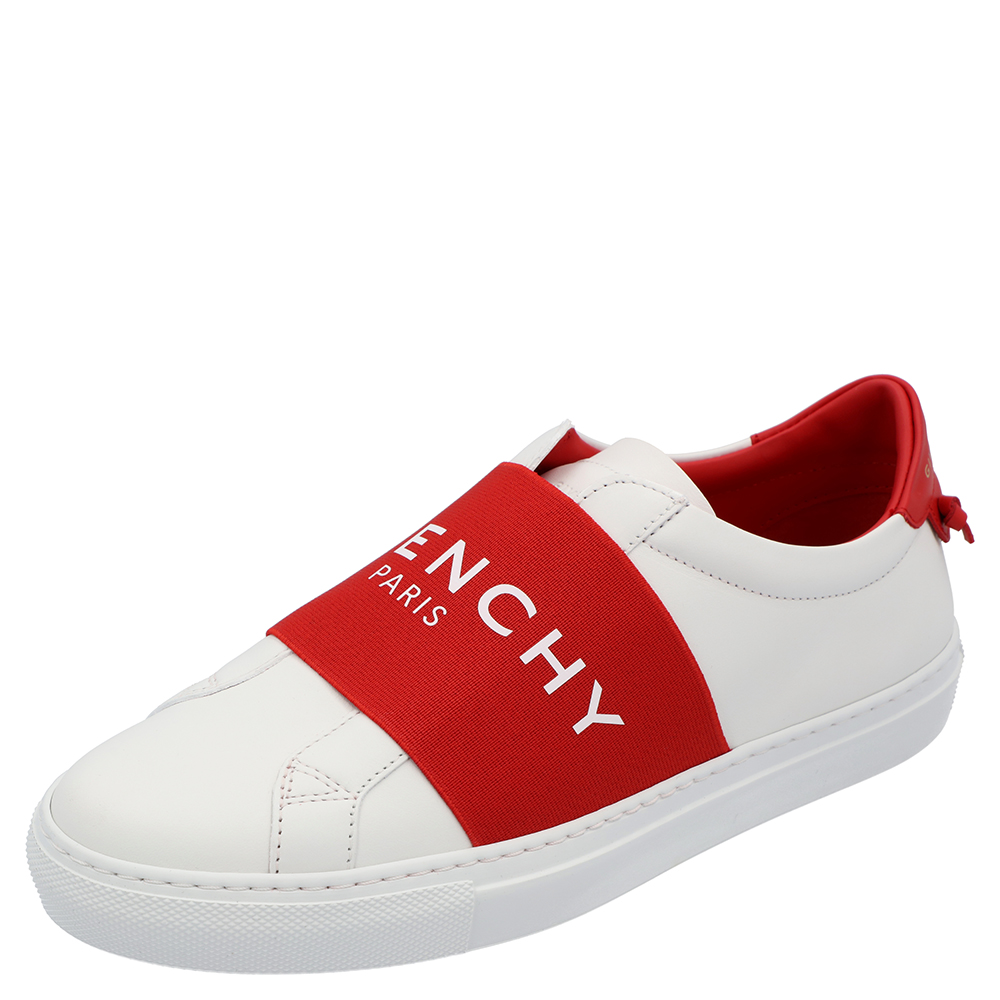 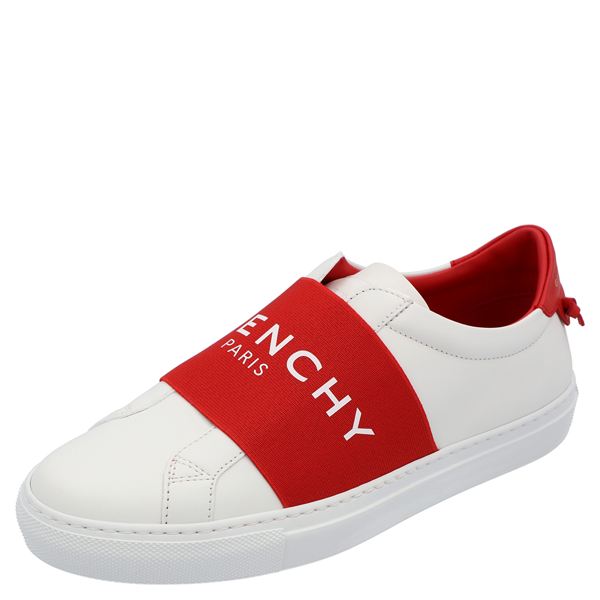 Crafted from white leather, Givenchys sneakers are cool, casual, and smart. They feature broad vamp straps in red accented with the labels name. With a slip on style, round toes, and sturdy rubber soles, these sneakers are a must buy

Hubert James Taffin de Givenchy launched the label in 1952 as a line of simple, light separates. Two years later, the Balenciaga-mentored Frenchman debuted a full ready-to-wear collection. A meeting to fit a young Audrey Hepburn (he was expecting Katharine) marked the start of a legendary designer/muse relationship that spanned forty years; he used her as the face of his first perfume, L’Interdit, and she became the first actress to sell a scent (today, Liv Tyler mugs for the brand’s beauty wing). The house hit a home run with fashion heavies like Lauren Bacall, Jackie O, and Princess Grace, and Givenchy went on to launch a men’s line in 1973. By 1976, the brand included fabrics, furnishings, shoes, jewelry, and a Ford Lincoln Continental. Givenchy joined LVMH in 1988, and after Hubert’s retirement in 1995, it gained notoriety as an incubator of style stars like Alexander McQueen and John Galliano. The relatively obscure Riccardo Tisci was named creative director in 2005.

A world of fashion, powered by technology. ModeSens pulls from the racks of 40,908 luxury brands, aggregating every product at the item level for a seamless, transparent and secure shopping experience