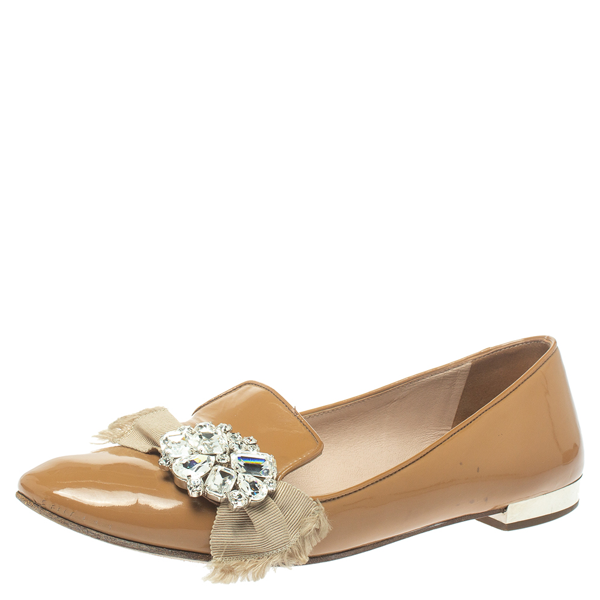 Miu Miu gives a dazzling update to the classic silhouette with the sparkling crystal embellishments perched on the uppers of these patent leather flats. The versatile beige hue and the silver tone small heels complete these beauties elegantly.