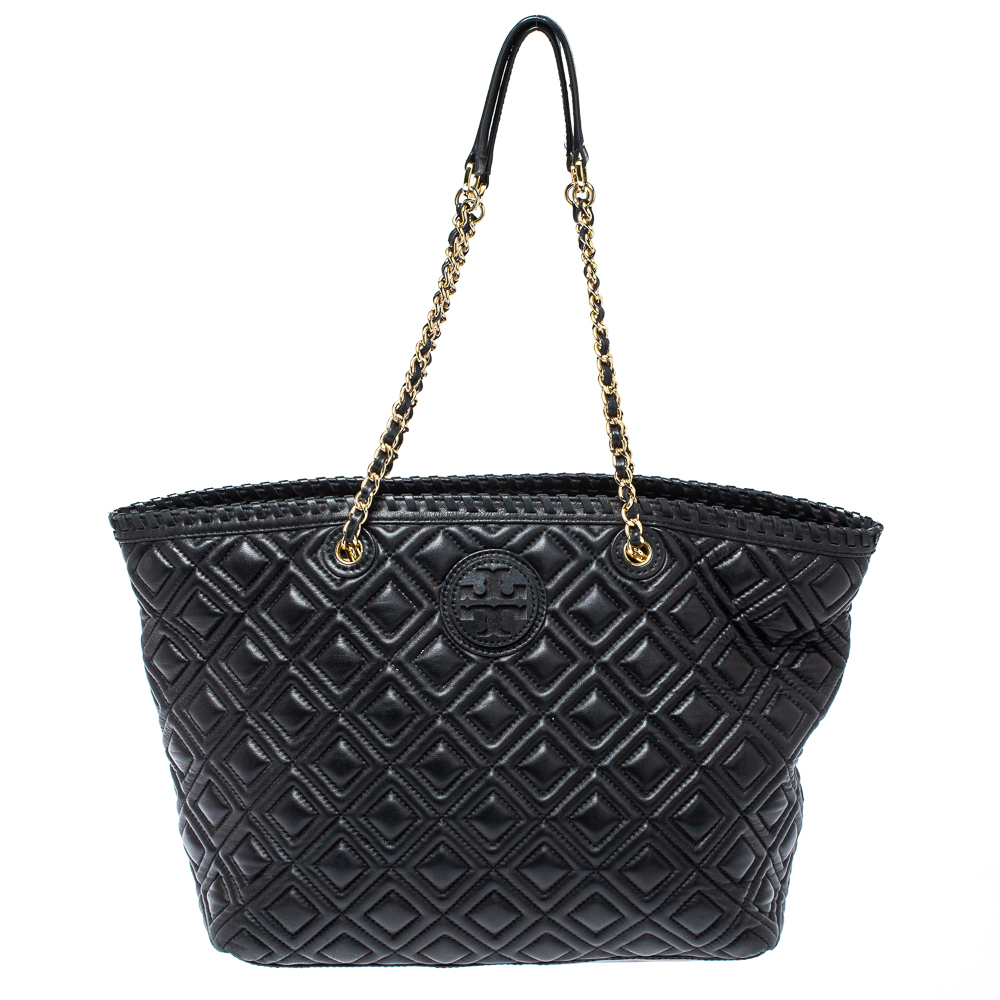 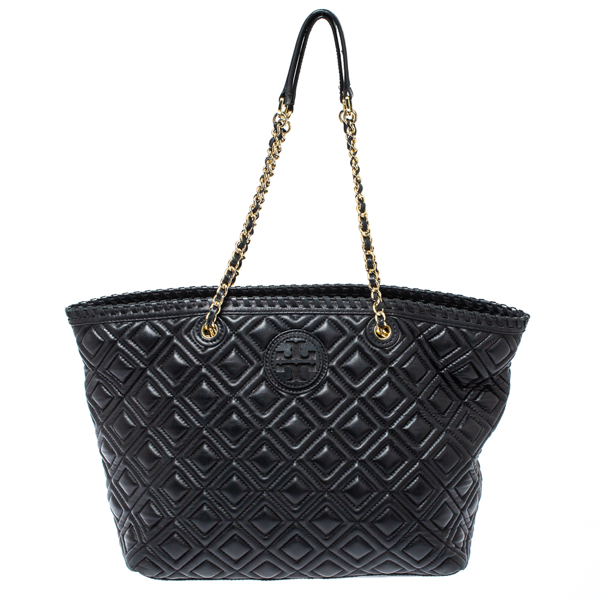 This Marion tote bag from Tory Burch will make you go head over heels with its elegant craftsmanship and design. Crafted from leather, it comes with a chain leather woven shoulder strap. The bag has a fabric lined interior and is complete with the brands logo on the front. Carry this to all your outings because it will go will most of your attires.