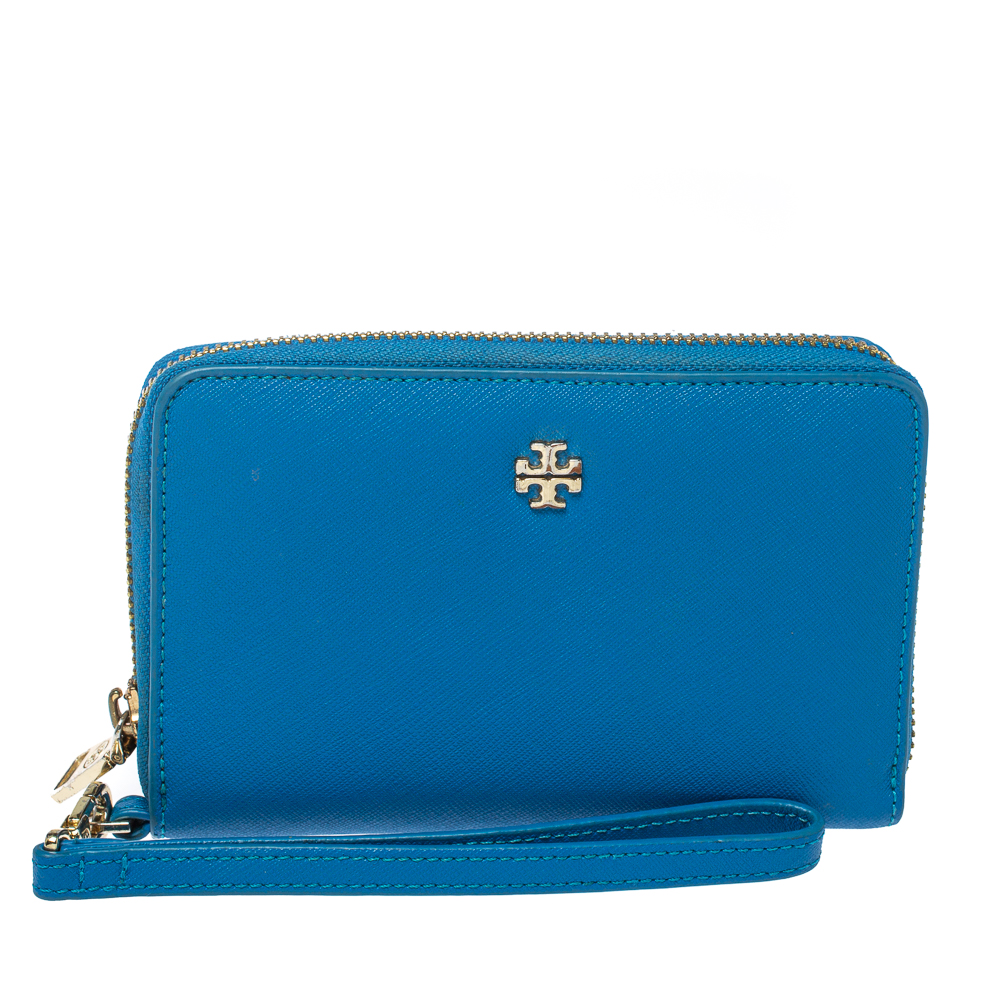 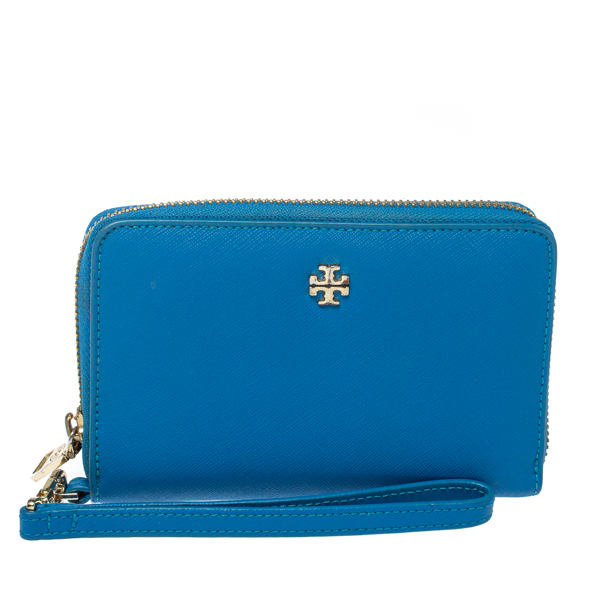 Sized perfectly to neatly hold the things you need and designed in a vibrant blue hue, Tory Burchs Robinson wallet is a handy creation. It is crafted in leather, equipped with a wristlet, and finished with the logo on the front.

A world of fashion, powered by technology. ModeSens pulls from the racks of 41,274 luxury brands, aggregating every product at the item level for a seamless, transparent and secure shopping experience