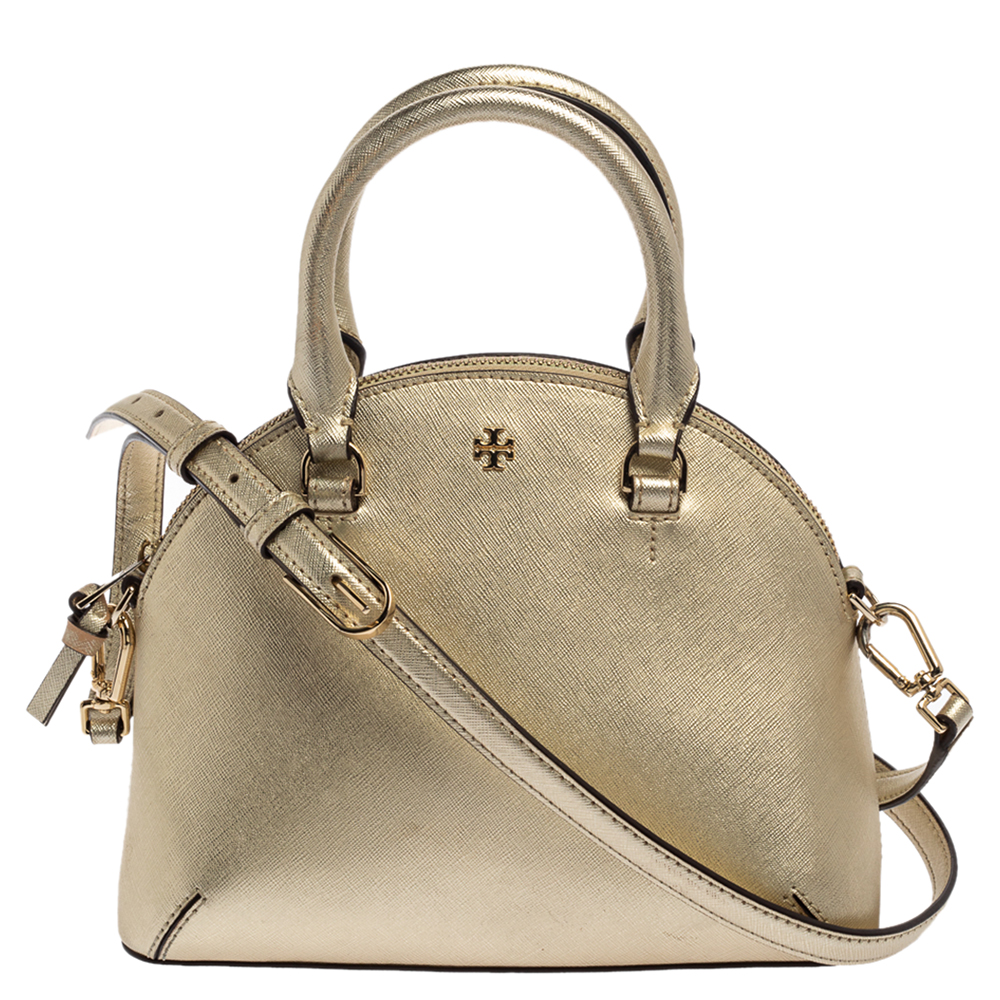 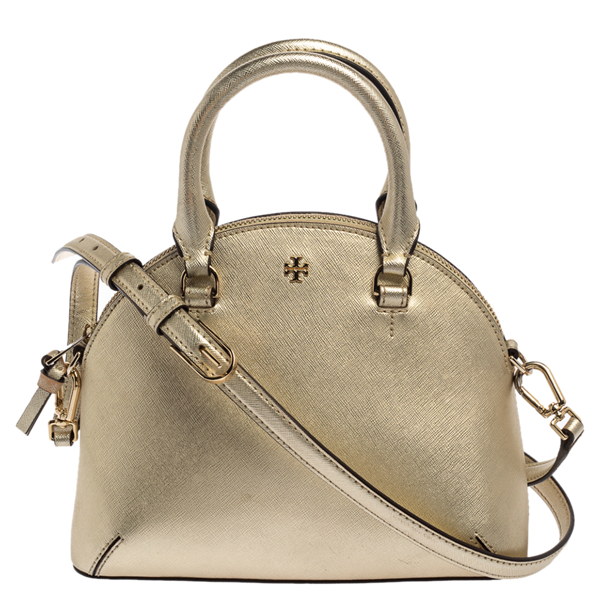 Stunning in appeal and high on style, this Robinson satchel from Tory Burch has been crafted from leather and styled minimally with gold tone hardware. It comes with dual top handles and a beautifully textured gold exterior. The interior is fabric lined and sized to hold your essentials.

A world of fashion, powered by technology. ModeSens pulls from the racks of 40,967 luxury brands, aggregating every product at the item level for a seamless, transparent and secure shopping experience