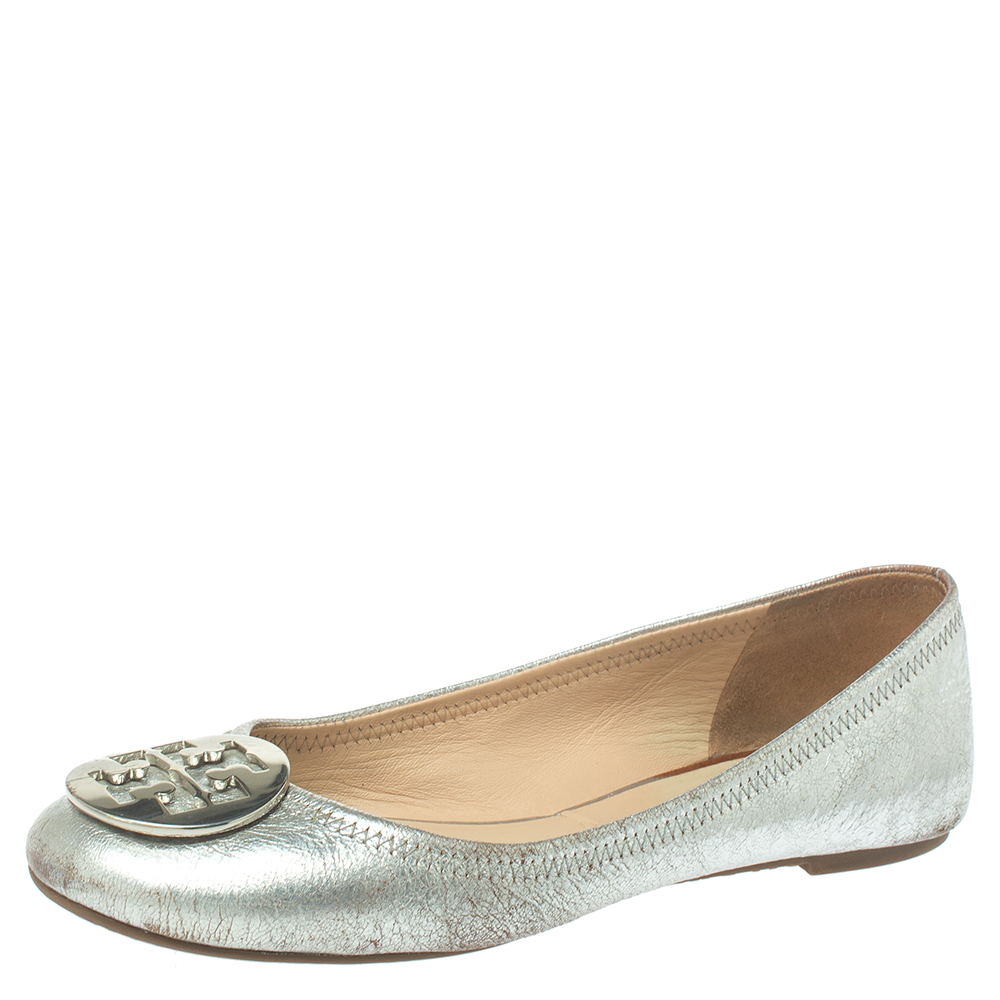 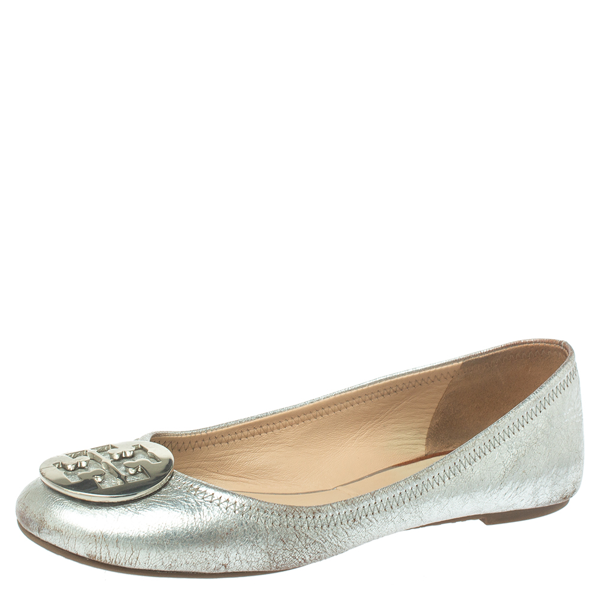 These ballet flats by Tory Burch are all you need to add a chic effect to your attire. Crafted from leather in a silver hue, it features round toes and the labels logo on the uppers for a signature touch. Pair them with dresses on days you dont want to wear heels.